This film by Alfonso Cuarón is set in a future where two decades of human infertility have left society on the brink of collapse. The United Kingdom is the only stable nation with functioning government, and it has been deluged by asylum seekers from around the world. In response, the British government decide to detain immigrants. In this scenario, Julian Taylor (Julianne Moore) asks his ex-husband, Theo Faron (Clive Owen), to help Kee (Clare-Hope Ashitey), a refugee woman who is pregnant.

It was nominated for three BAFTA Awards, winning Best Cinematography and Best Production Design.
"Watching Children of Men, which creates a London in ruins, I realized after a point that the sets and art design were so well done that I look it as a real place. Often I fear it will all come to this, that the rule of law and the rights of men will be destroyed by sectarian mischief and nationalistic recklessness. Are we living in the last good times?" Rogert Ebert. Chicago Sun-Times. 05/10/2007.


Sightseers is a British black comedy film directed by Ben Wheatley. Chris (Steve Oram) is a caravan fan and aspiring writer who takes his girlfriend Tina (Alice Lowe) on a road trip, much to the chagrin of Tina's mother. At one of their stops, Chris yells at a man who is littering. When they get back to their car, Chriss accidentally runs him over and kills him, which upsets the couple but they continue onward on their trip. That accident would be the firs of a series of misfortune events.

The film was selected to be screened in the Directors' Fortnight section at 2012 Cannes Film Festival. It got good reviews.
"Wheatley is strikingly effective in his manipulation of tone, establishing a queasy intimacy that only intensifies as the movie progresses". Ben Sachs. Chicago Reader. 16/05/2013

This drama film was directed by Kean Loach. The film stars Peter Mullan as Joe Kavanagh, an unemployed recovering alcoholic in Glasgow who meets and falls in love with a health visitor. Davic McKay plays his troubled friend Liam. The film's title is a reference to the ritualised greeting performed in Alcoholics Anonymous meetins, as potrayed in the film's opening scene.

The film was well praised. "My name is Joe is a passionate, compassionate and magnificently acted film". Phillip French. The Guardian. 8/11/1998.
See the trailer: http://www.youtube.com/watch?v=YIu-KtbJpfE

Xi (N!xau) is a bushman who lives a quite and peaceful life with his tribe in the middle of the Kalahari Desert. One day, Xi sees how an object fells from the sky, it is clear as the water but harder. Thinking that it is a present from the gods, the bushman takes the strange object and brings it to his tribe. Soon the present from the gods disturbs the quite life of the tribe. "A thing they had never needed before became a necessity. And unfamiliar emotions began to stir. A feeling of wanting to own, of not wanting to share. Other new things came: anger, jealousy, hate and violence." This comedy by Jamie Uys takes as a central character a Coca-Cola bottle and develops the Enlightenment idea of the noble savage in order to make us think over our way of life.
"On its surface, "The Gods Must Be Crazy" is an innocuous enough tale about the comic conjuction of two wildly different cultures as represented by one Kalahari bushman, whose tribe hasn't yet reached the Stone Age, and by bumbling, neurotic whites and blacks who, in one way and another, cannot cope with contemporary civilization." Vincent Canby. New York Times. 28/10/1984.
See the trailer: http://www.youtube.com/watch?v=GorHLQ-jLRQ

This film by Tomas Alfredson tells the story of Oscar (Kare Hedebrant). Oscar is a lonely 12 years old boy. His life is not very happy, his parents got divorced and is bullied in the school. He strikes up a friendship with Eli (Lina Leandersson), a girl who has moved to the neighborhoud recently. But Eli, is not a common person, under her girlish appearence, she hides her condition of vampire. 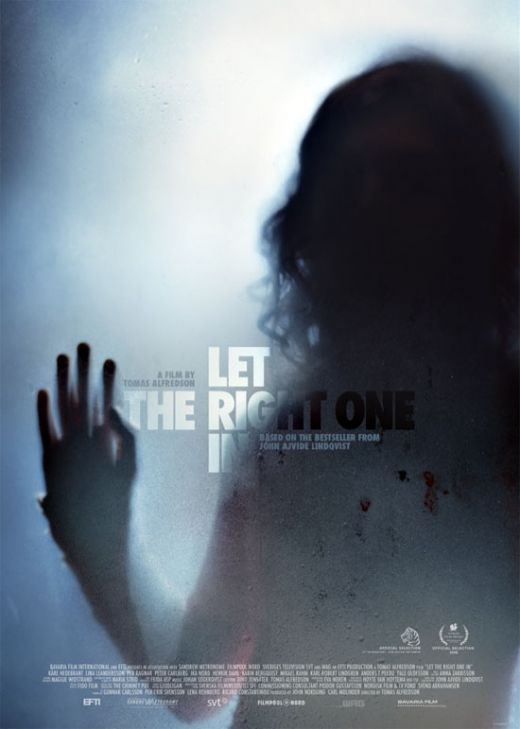 October is  The Black History Month in UK, and the Welcoming Cinema Club wants to contribute to this event, for that reason Blood Diamond will be screening.

This thriller was directed by Edward Zwick and starring Leonardo DiCaprio, Jennifer Connelly and Djimon Hounsou.The film is set in Sierra Leona, in 1999. Rebel factions such as the Revolutionary United Front frequentl terrorize the open countryside, intimidating Mende locals and enslaving many to harvest diamonds, which fund their increasingly successful war effort. One such unfortunate is fisherman Solomon Vandy, who has been assigned to a workforce overseen by a ruthless warlord, Captain Poison. The film was supported by Amnesty International and it helped to bring attention to the role that diamonds play in many African wars.

PLEASE BE AWARE THAT THE FILM CONTAINS VIOLENT SCENES This film was directed by Roberto Sneider based on the novel of the same name by Ángeles Mastretta.
The films tells the story of Catalina Guzmán de Ascencio (Ana Claudia Talancón). Catalina got married to the General Andrés Ascencio (Daniel Giménez Cacho), an oppressive and sexist man, who is obsessed with climbing the political ladder.
After suffering this situation for a long time, Catalina meets Carlos Vives  (José María de Tavira), an orchestra conductor. Catalina and Carlos fell in love and become lovers.

The film will be hosted by the Edinburgh University Latin America Society.
Posted by Cinema Club at 15:22 No comments:

This Algerian film was directed by Rachid Bouchareb. It tells the story of four North African men, who enlist in the French army to liberate that country from Nazi oppression.

The film was exhibited in different festivals. The main four actors, Jamel Debbouze, Samy Naceri, Roschdy Zem, Sami Bouajila and Bernard Blancan won the Prix d'interprétation masculine at the 2006 Cannes Film Festival.
"With this movie, Rachid Bouchareb achieved something that hardly any director can claim - specific political change with one particular movie. He made an old-fashioned second world war drama in the Spielbergian style - premiered at last year's Cannes film festival - telling the almost forgotten story of the gallant sacrifice made by indigènes, or native forces, from the French north African colonies." Peter Bradshaw. The Guardian. 30/03/2007.

See the trailer: http://www.youtube.com/watch?v=5O3Hgrc_dTM
Posted by Cinema Club at 17:42 No comments: