Heavy Metal in Baghdad is a critically-acclaimed 2007 rockumentary film following filmmakers Moretti and Alvi as they track down the heavy metal Iraqi band Acrassicauda amidst the Iraq War. 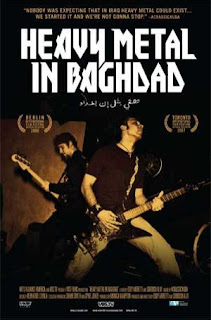 In the late summer of 2006, in the middle of the insurgency, filmmakers Eddy Moretti and Suroosh Alvi traveled to Baghdad to meet and interview the only heavy metal band in Iraq, Acrassicauda. "Heavy Metal in Baghdad" is the story of the band and its members, young Iraqis whose lives have been distorted and displaced by years of continual warfare in their homeland. The filmmakers have collected glimpses into the struggles of Acrassicauda as they try to stay together and stay alive. Their struggle is the untold story of the hopes and dreams of an entire generation of young Iraqis. For more info click here. Will be hosted by Esra.
Posted by Cinema Club at 17:22 No comments: 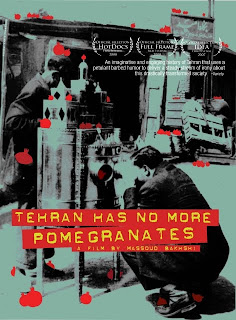 This is the story of Tehran from the Qajar time (middle of 19th century) to today. Tehran has become a metropolis from a small village, now a developed city with many social problems. For more information click here.
Posted by Cinema Club at 02:14 No comments:

"Broken Embraces" by the Spain director Pedro Almodóvar.
The film centers on a four-way tale of dangerous love, and was shot in the style of a hard-boiled 1950s American film noir[2], or its descendant, the neo-noir genre. Many themes include noir references such as film posters in sets, angular, high contrast lighting and the characters' struggle with their illicit passions. However, like most Almodovar films, it is filmed in bright color rather than the black-and-white emblematic of noire. The cast includes many Almodóvar regulars such as Ángela Molina, Lola Dueñas and Penélope Cruz (her fourth film with the director). The film's soundtrack includes Cat Power, Uffie, and Can. 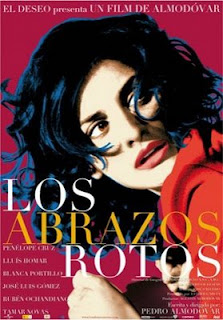 Passion, obsession, wealth, jealousy, family, guilt, and creativity. In Madrid, Harry Caine is a blind screenwriter, assisted by Judit and her son Diego. The past comes rushing in when Harry learns of the death of Ernesto Martel, a wealthy businessman, and Ernesto's son pays Harry a visit. In a series of flashbacks to the 1990s, we see Harry, who was then Mateo Blanco, a director; he falls in love with Ernesto's mistress, Lena, and casts her in a film, which Ernesto finances. Ernesto is jealous and obsessive, sending his son to film the making of the movie, to follow Lena and Mateo, and to give him the daily footage. Judit doesn't like Lena. It's a collision course. For more info click here.
Posted by Cinema Club at 17:21 No comments:

2nd of September "A time for drunken hourses"

"A time for drunken hourses" by Bahman Ghobadi, from Iran 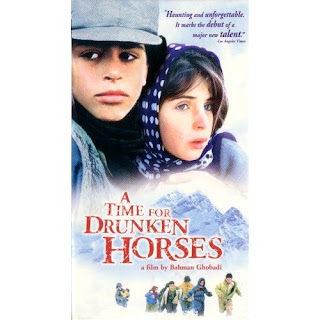 After their father dies, a family of five are forced to survive on their own in a Kurdish village on the border of Iran and Iraq. Matters are made worse when 12 year old Ayoub, the new head of the family, is told that his handicapped brother, Madi, needs an immediate operation in order to remain alive. This heartbreaking tale shows the lengths to which a family will go in order to survive in the harshest of conditions, where even the horses are fed liquor in order to work. For more information click here. Hosted by Bahareh
Posted by Cinema Club at 17:02 No comments: