Samson and Delilah are two 14-year-olds who live in an Aboriginal community near Alice Springs. Samson sniffs petrol every morning before he starts his day and, as something of a routine, plays his brother's guitar on his way out of the house. He becomes interested in Delilah, another local girl who lives with her grandmother. He attempts to move in with Delilah, even though she is clearly uninterested in him. Delilah's grandmother passed away. Samson steals the community car and takes Delilah with him as she sleeps. When Delilah wakes up she realises what has happened, and attempts to get away from Samson, though she comes to realise that he took away out of fear for her safety.
For reading the rest of the plot click here. 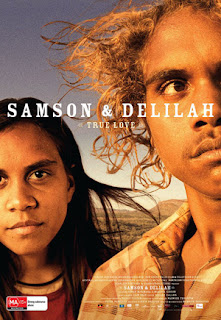 "I'm as mad as hell, and I'm not going to take this anymore!"  This is the famous statement by Howard Beale (Peter Finch) the fictional character from the movie Network (1976). He who is a long time anchor of the UBS Evening News, learns that he has just two more weeks on the air because of declining ratings. Weary from misfortunes and sorrowful, he is treated to a night of drinking with his boss and friend, Max Schumacher, followed by mention of his desire to kill himself. The following night, he actually announces on live television that he will commit suicide by shooting himself in the head during next Tuesday's broadcast. UBS fires him after this incident, but — after some persuasion from UBS News' old guard president and Beale's best friend, Max (William Holden) — lets him back on the air, ostensibly for a dignified farewell. But ... 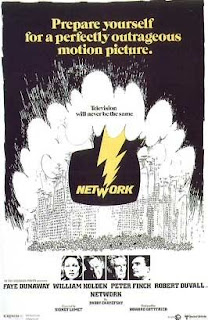 
For more information click here.
Posted by Cinema Club at 09:25 No comments:

"A Prophet" is the story of Malik (the young protagonist, played by Tahar Rahim) who is neither a hardened criminal (though he is imprisoned at the start), nor does he seem to harbour any secrets in his past, artistic or otherwise. When he is committed to brutal French prison, he is a blank slate waiting to be filled. Malik is not without talents: in fact, he turns out to be supremely capable. His advantage is the fact that he is a middle-man in every respect, belonging neither to the gang of Corsican hoods who adopt him as a gofer, nor the Muslim brotherhood who, given his north-African origins, expect his allegiance. What ensues is both thrilling and – in its cold indictment of the French prison system – terrifying. 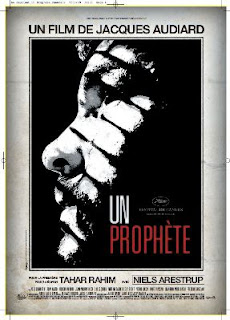 Suggested and hosted by Jen.
Posted by Cinema Club at 04:18 No comments: