Dogtooth (Greek: Κυνόδοντας, translit. Kynodontas) is a 2009 film directed by Yorgos Lanthimos. Three teenagers are confined to an isolated country estate that could very well be on another planet. The trio spend their days listening to endless homemade tapes that teach them a whole new vocabulary. Any word that comes from beyond their family abode is instantly assigned a new meaning. Hence 'the sea' refers to a large armchair and 'zombies' are little yellow flowers. Having invented a brother whom they claim to have ostracized for his disobedience, the über-controlling parents terrorize their offspring into submission. The father is the only family member who can leave the manicured lawns of their self-inflicted exile, earning their keep by managing a nearby factory, while the only outsider allowed on the premises is his colleague Christina, who is paid to relieve the son of his male urges. Tired of these dutiful acts of carnality, Christina disturbs the domestic balance. 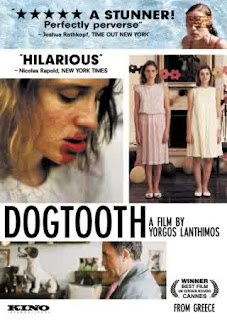 "Days of Being Wild" forms the first part of an informal trilogy, together with In the Mood for Love (released in 2000) and 2046 (released in 2004). Wong Ka Wai became an internationally renowned director for his visually unique, highly stylized films. 'Days of Being Wild' was his second movie and first of its genre. The story is about youth in the 60s. It centres on the love relationships of playboy named Yuddy. It's a film with complex layers and ambiguity. Yuddy realises that the drunken ex-prostitute who raised him is not his real mother. Hoping to hold onto him, she refuses to divulge the name of his real birth mother. The revelation shakes Yuddy to his very core, unleashing a cascade of conflicting emotions. Two women have the bad luck to fall for Yuddy. One is a quiet lass named Su Lizhen who works at a sports arena, while the other is a glitzy showgirl named Mimi. Perhaps due to his unresolved Oedipal issues, he passively lets the two compete for him, unable or unwilling to make a choice. As Lizhen slowly confides her frustration to a cop named Tide, he falls for her. The same is true for Yuddy's friend Zeb, who falls for Mimi. Later, Yuddy learns of his birth mother's whereabouts and heads out to the Philippines. 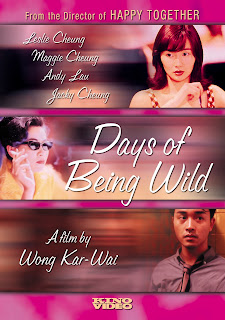 
For more information click here.
Posted by Cinema Club at 16:15 No comments:

This week we are planning to show a film from China called 'Mountain Patrol' (Kekexili) directed by Lu Chuan. It's about a volunteer mountain patrol team in Tibet who defend their land against illegal antelopes poachers. The movie is based on a true story. 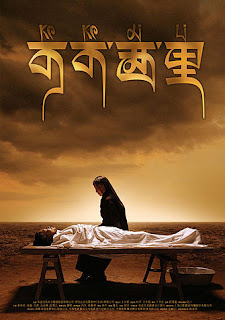